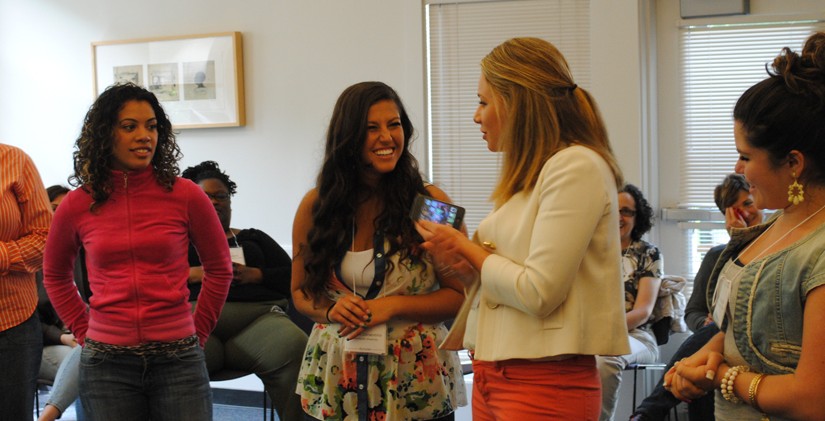 About the Center for American Women and Politics (CAWP)

The Center for American Women and Politics (CAWP), a unit of the Eagleton Institute of Politics at Rutgers, The State University of New Jersey, is nationally recognized as the leading source of scholarly research and current data about American women’s political participation and a respected bridge between the academic and political worlds. Its mission is to promote greater knowledge and understanding about women’s participation in politics and government and to enhance women’s influence and leadership in public life.

CAWP’s education and outreach programs translate research findings into action, addressing women’s under-representation in political leadership with effective, imaginative programs serving a variety of audiences. Before CAWP was founded in 1971, no organization or educational institution was compiling information about women in government and politics or studying and monitoring the status and prospects of those women. Today, CAWP has taken on the multiple roles of catalyst and resource, provider of data and analyses, interpreter and guide. CAWP raises and responds to emerging issues, working daily with women leaders as well as journalists, scholars, students, women’s groups, governmental agencies, civic organizations, and political parties.

About the Eagleton Institute of Politics

The Eagleton Institute of Politics at Rutgers University explores state and national politics through research, education, and public service, linking the study of politics with its day-to-day practice. The Institute focuses attention on how contemporary political systems work, how they change, and how they might work better. Eagleton’s faculty, centers and programs specialize in the study of: governors; state legislatures; public opinion polling and survey research; women’s political participation; minority and immigrant political behavior; campaigns, elections and political parties; ethics; youth civic engagement and political participation; and New Jersey politics. Eagleton is committed to educating a new generation of civic and public leaders through its programs for graduate and undergraduate students.

The Institute includes the Center for American Women and Politics (CAWP) and the Eagleton Center for Public Interest Polling (ECPIP), both established in the early 1970’s, as well as the Center on the American Governor. Other Eagleton programs include the Youth Political Participation Program, the Program on Immigration and Democracy, and State House Express. Eagleton also presents the Clifford P. Case Professorship of Public Affairs, the Arthur J. Holland Program on Ethics in Government, the Louis J.  Gambaccini Civic Engagement Series: Toward Better Citizenship, the Lewitt Lecture, and the Senator Wynona Lipman Chair in Women’s Political Leadership.

The Institute also convenes conferences and other forums for the general public. In addition, Eagleton undertakes projects to enhance political understanding and involvement, often in collaboration with political leaders, government agencies, the media, non-profit groups, and other academic institutions. For Rutgers graduate and undergraduate students, Eagleton offers a range of education programs, including an undergraduate certificate, graduate fellowships, research assistantships and internships, and opportunities to interact with political practitioners.