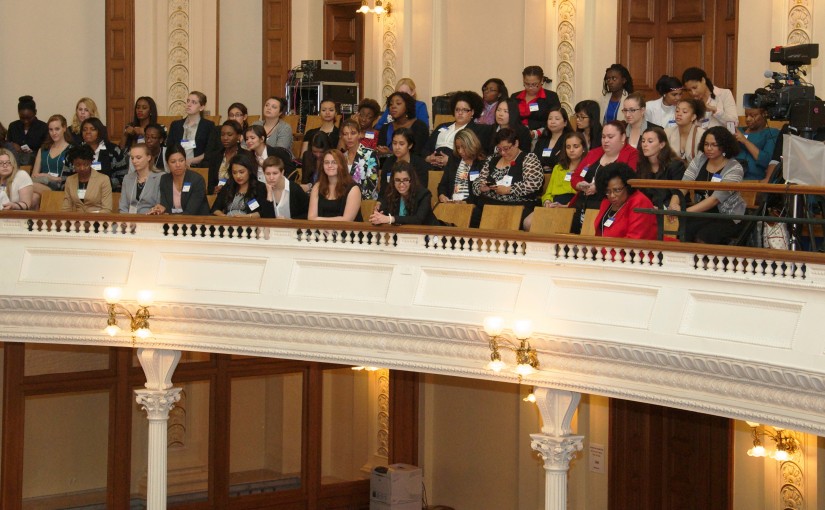 Traditional Tours and Civics Lessons
A field trip to the state capitol is a great way to teach young people about government. Tours of state capitol buildings are typically available through the state’s official tour guide office. Please note, however, that many traditional tours emphasize the history and architecture of the building(s) as opposed to civic education.   The ideal tour is one that focuses on the activities that occur in the halls of government. The goal of such tours is to teach students about the legislature’s role in representative democracy and encourage civic participation in the American political system. On such a tour, the students could visit the Governor’s front office, the Assembly/Representative/Senate caucus rooms, and voting chambers.  A visit to a committee room may include a discussion of the role of committees in the legislative process.

The Center for American Women and Politics (CAWP) has done versions of the tour in the form of following a bill: at each stop the tour guide discusses what would happen with the bill as it travels from the Office of Legislative Services to each house to be voted on to the Governor’s office for signature. Some states offer such tours already to help students learn about the lawmaking processes and the various workings of state government.

Making Sure Civic Education Tours Include Gender Lens
As noted above, tours of State Houses/Assemblies/Capitol Buildings can help all students, especially those in government, civics and history courses, learn about the lawmaking process. While these tours are educational in and of themselves, it is important to view them with a gender lens.  Assuming that a basic civic education tour is available or could be created for your group, below are suggestions to weave information about women’s roles and leadership in state government.

Facts on women governors can be found here (check your individual state’s page for details). Questions to consider on your tour:

Typical Capitol tours focus on the legislative and executive branches. Some tours also address the judicial process.  Information about women in the judiciary by state can be found here (source: National Association of Women Judges). Questions to consider on your tour:

Other Details or Points of Interest